The Wavecrest Weekly No 5 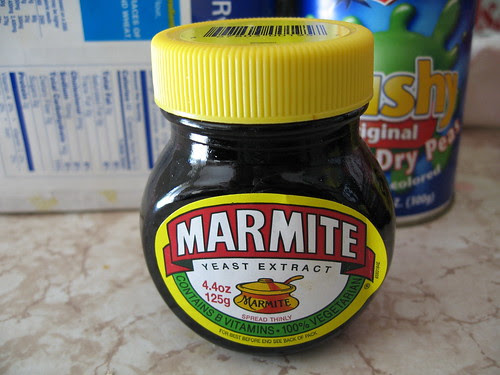 A slightly belated Wavecrest weekly this time as I've been feeling a bit under the weather.

The Greenpeace vessel Arctic Sunrise made a brief call at Falmouth, Cornwall. Amongst other things our local sub agent was called upon to ensure some very important supplies made it on board - six jars of Marmite and 500 tea bags for the Captain!

When you're away at sea for months you need to have a few creature comforts.

As mentioned in the last Wavecrest Weekly, the Government of Zimbabwe will be introducing a maximum five year age limit on imported used vehicles with effect from the 1st July 2011.
We have already booked a number of vehicles for our next sailing from Sheerness to Walvis Bay, Namibia on 30th May. The closing date for this sailing is the 25th May.

This week we have arranged the shipment of a vehicle to Auckland, New Zealand specially adapted for use by the disabled. The vehicle will be shipped roll on / roll off from Southampton. Apart from shipping to Auckland, we also move cargo to other New Zealand ports such as Wellington, Tauranga and Lyttelton.

In the other direction, 6 x 40' containers of cars have arrived at Tilbury on our regular import service from New Zealand. The cars range from 1957 VW vans for restoration to Rolls Royce drophead coupes. I will post a few pictures up in due course.

Picture by Mrbill
Posted by Wavecrest Ltd at 23:53 No comments:

The Wavecrest Weekly - No 4

It's been another hectic week.

The Greenpeace vessel Esperanza sailed from the port of Fowey in Cornwall after taking on stores, technical equipment and new crew members for her next campaign mission in the Atlantic.

Later this week another Greenpeace vessel the Arctic Sunrise will be making a brief call at Falmouth, Cornwall to embark her helicopter and take on stores. This vessel is usually based around North America and hasn't called in the UK for a number of years.

Once again we have been asked to arrange the shipment of a motorbike. This one is going to Singapore and will need to be picked up from Portsmouth and export packed.

We are being kept busy with export removal shipments. This week we have loaded containers at our Gravesend warehouse for Lanzarote in the Canary Islands and Rio de Janeiro, Brazil.

The Government of Zimbabwe will be introducing a maximum five year age limit on imported used vehicles with effect from the 1st July 2011. As a result we are receiving a lot of enquiries and bookings for second hand cars, trucks, buses and other commercial vehicles to transit ports such as Walvis Bay, Namibia, Dar Es Salaam, Tanzania and Durban, South Africa.

More news next week.
Posted by Wavecrest Ltd at 23:34 No comments:

The Wavecrest Weekly - No 3

Despite another short working week due to the Royal Wedding and the May Bank Holiday we have been kept busy.

The Mercedes car mentioned in the last Wavecrest Weekly arrived safely at Heathrow from Hong Kong and has been Customs cleared and is now en-route to Spain.

The Greenpeace vessel Esperanza is now at the port of Fowey in Cornwall taking on stores and equipment for her next campaign mission.

Later this week we are picking up a Suzuki motorbike from an address in Kent for a client based in the United Arab Emirates. The bike will be professionally export packed before being shipped as a part container load to Abu Dhabi.

At the end of this month we will be unpacking several containers of solar panels at our warehouse in Gravesend. The containers are arriving at nearby Thamesport. Once the panels are unpacked we will be forwarding them to a number of different construction sites in Cornwall.

More news next week.
Posted by Wavecrest Ltd at 23:47 No comments: